I took a day completely off from art making yesterday and did science almost all day. I had been starting to feel like I wasn’t getting enough done, even though in fact I’ve gotten a lot done, it’s just never enough, and I needed a break. Also there were various other things contributing to bad morale. The food situation is getting bleaker all the time: no breakfast cereal, no fresh fruit or veggies, no more real eggs (as opposed to the kind in a carton), and no more of the good tea bags. Then we had a problem with the evaporator that makes the fresh water out of sea water and had water rationing for a couple of days. Then I lost the ping pong tournament in the first round. Life at sea was getting grim for a while there. It could still be worse though. It could be like the safety drill we had that started with an imaginary steering failure and then escalated into an imaginary collision, water main break, electrical fire, flood, and chest wound. I think part of it is that everyone is just starting to get tired of being at sea and worried about getting everything done by the end and stressed out by the logistics of getting all the equipment back to all the various places it goes, but it does seem like morale is low all around.

So it was really good to spend almost the whole day out on the ice working hard and getting lots of sun and fresh air and really tiring myself out and not thinking about art work. I walked Carolyn’s transect with her to take ice measurements. At every ice station she does a 200 meter transect where she makes three different measurements of the snow and ice conditions: snow depth, ice thickness, and albedo, which is what percent of the light coming from the sun is reflecting off the ice/snow vs being absorbed. Fresh snow reflects about 85% of the light hitting it (turns out you can get actually get sunburned on the bottom of your nose from the reflected light and it’s not just mitten abrasion from nose wiping that makes it hurt!), whereas melting snow or exposed ice reflects much less and open water much much less. So it makes a positive feedback where the closer to melting the snow gets the more light it absorbs and the faster it melts, which makes it absorb even more light and melt even faster. I walked the transect taking the snow depth measurement with a high tech Ghost Buster type backpack instrument with a pole that I had to stick into the snow every 50cm and take a reading. It’s really cool but at the same time a little intimidating that I’m not just scooping slush or holding cords anymore, I’m taking the actual data for really important scientific work!

After the science station was done we had ice liberty again for an hour before dinner, and I learned another important fact about light reflecting off of snow, which is that if you wear a stick-on mustache on the arctic sea ice on a sunny day you will get a sunburn with the shape of a mustache on your face in white. So now I have a sunglasses and mustache tan on my face. It was really fun though. The weather was perfect and we all wore mustaches (I don’t know who brought them but it was a great idea), had a big snowball fight, played touch football, and ran around burning off steam for a little while. 42 days is a long time to be on a ship, even a really big one, so it was really nice to spend a whole 5 hours off of it just enjoying the Arctic and helping with science instead of trying to do something productive. 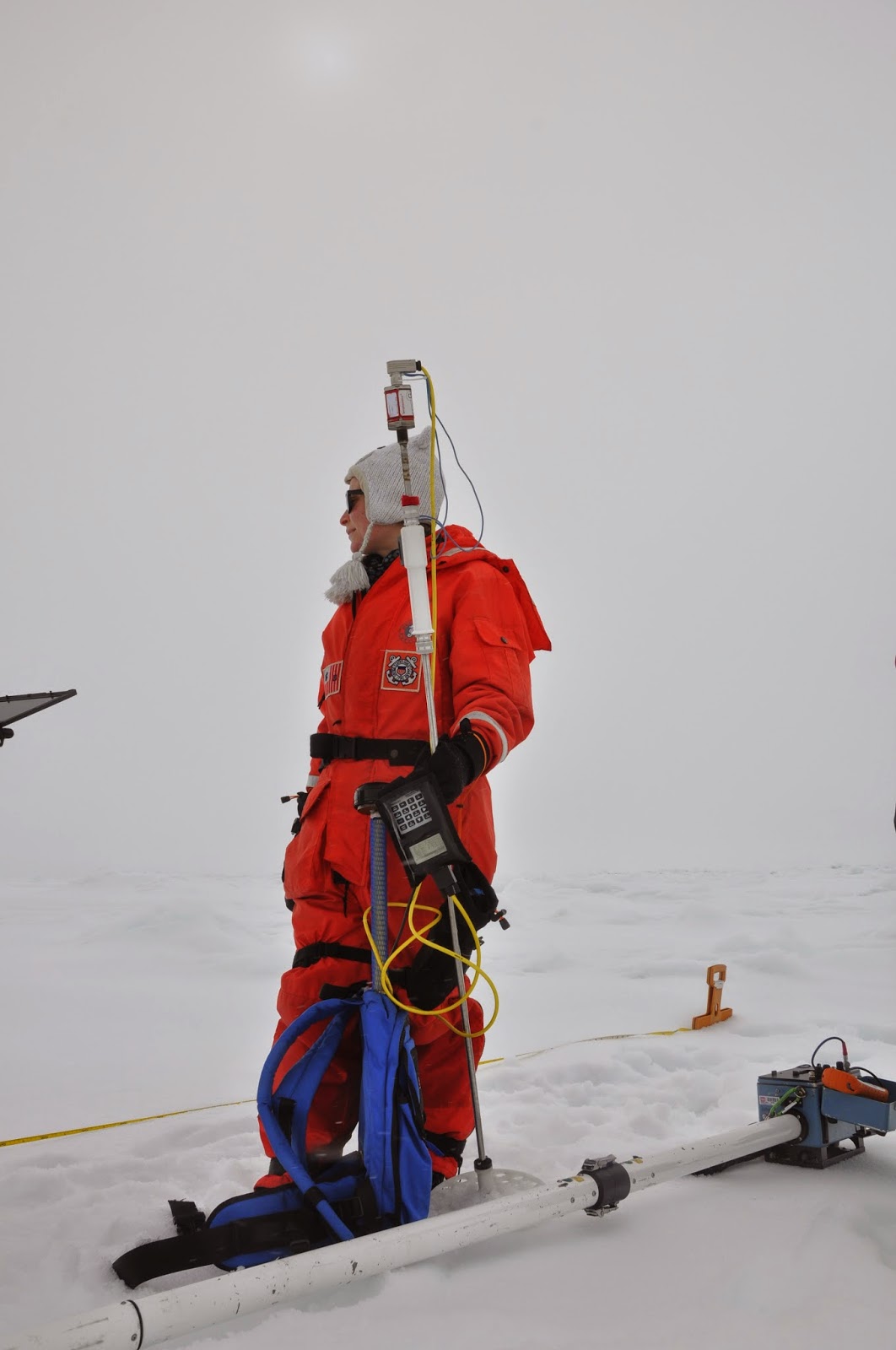 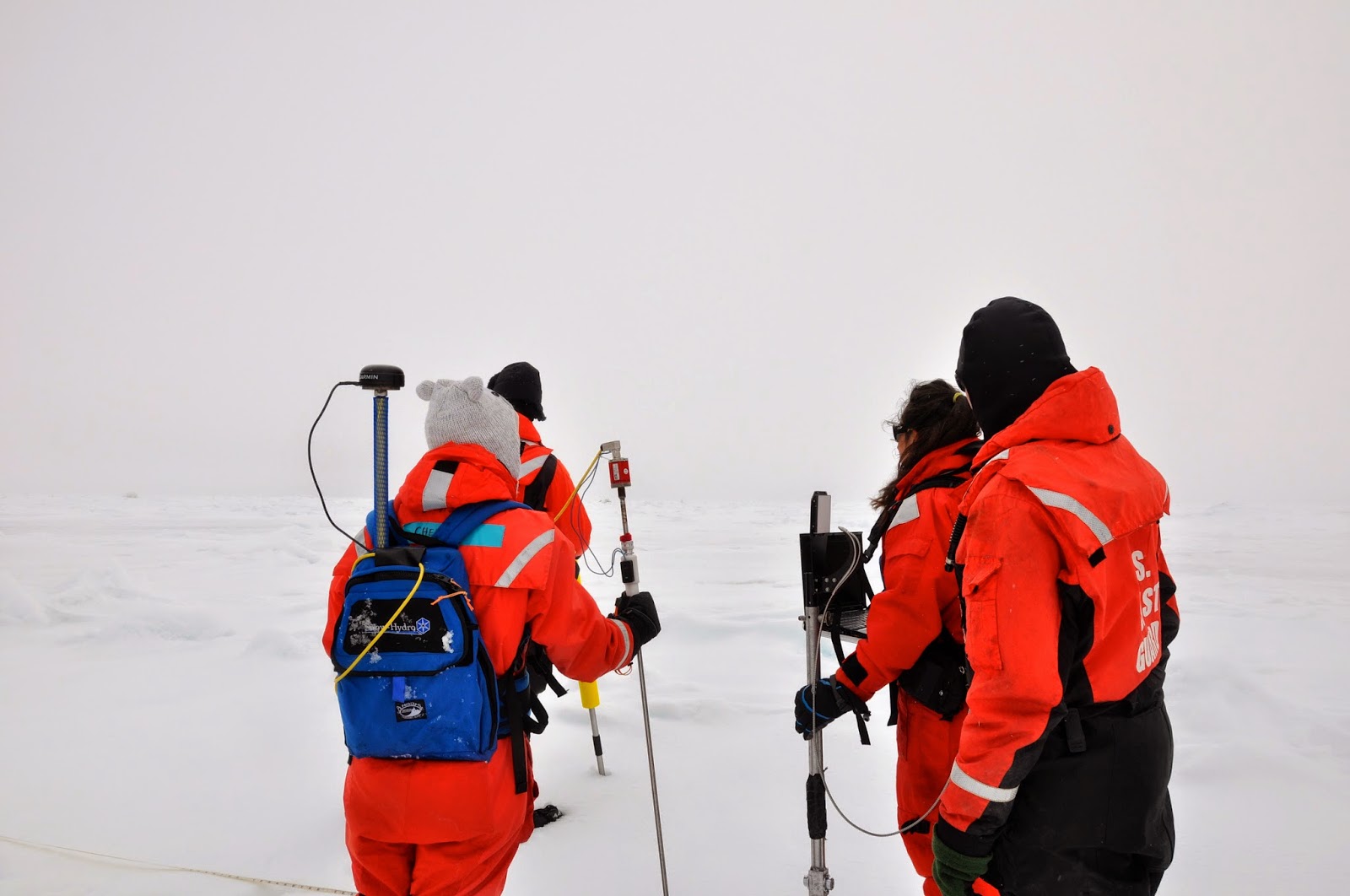 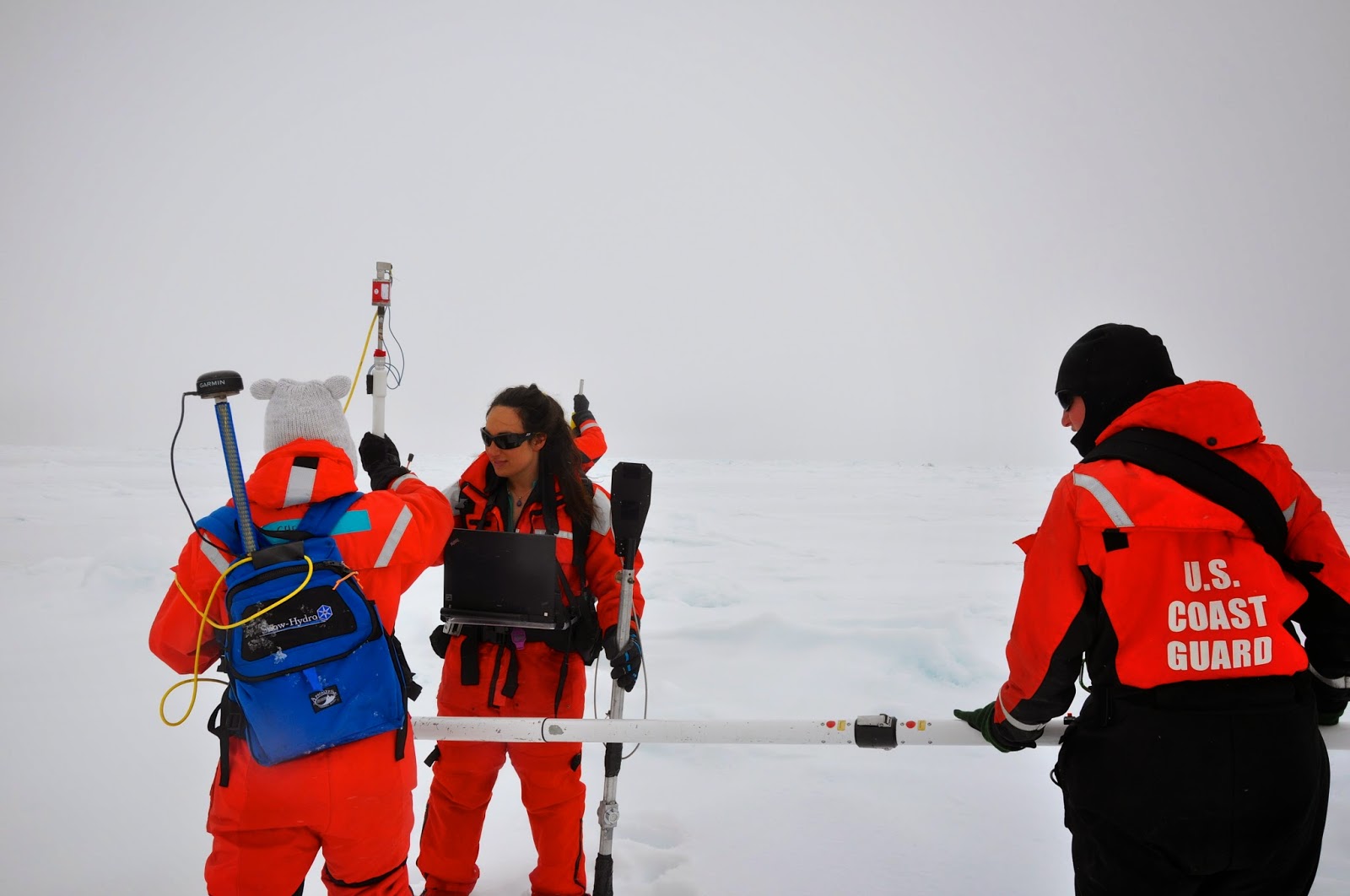 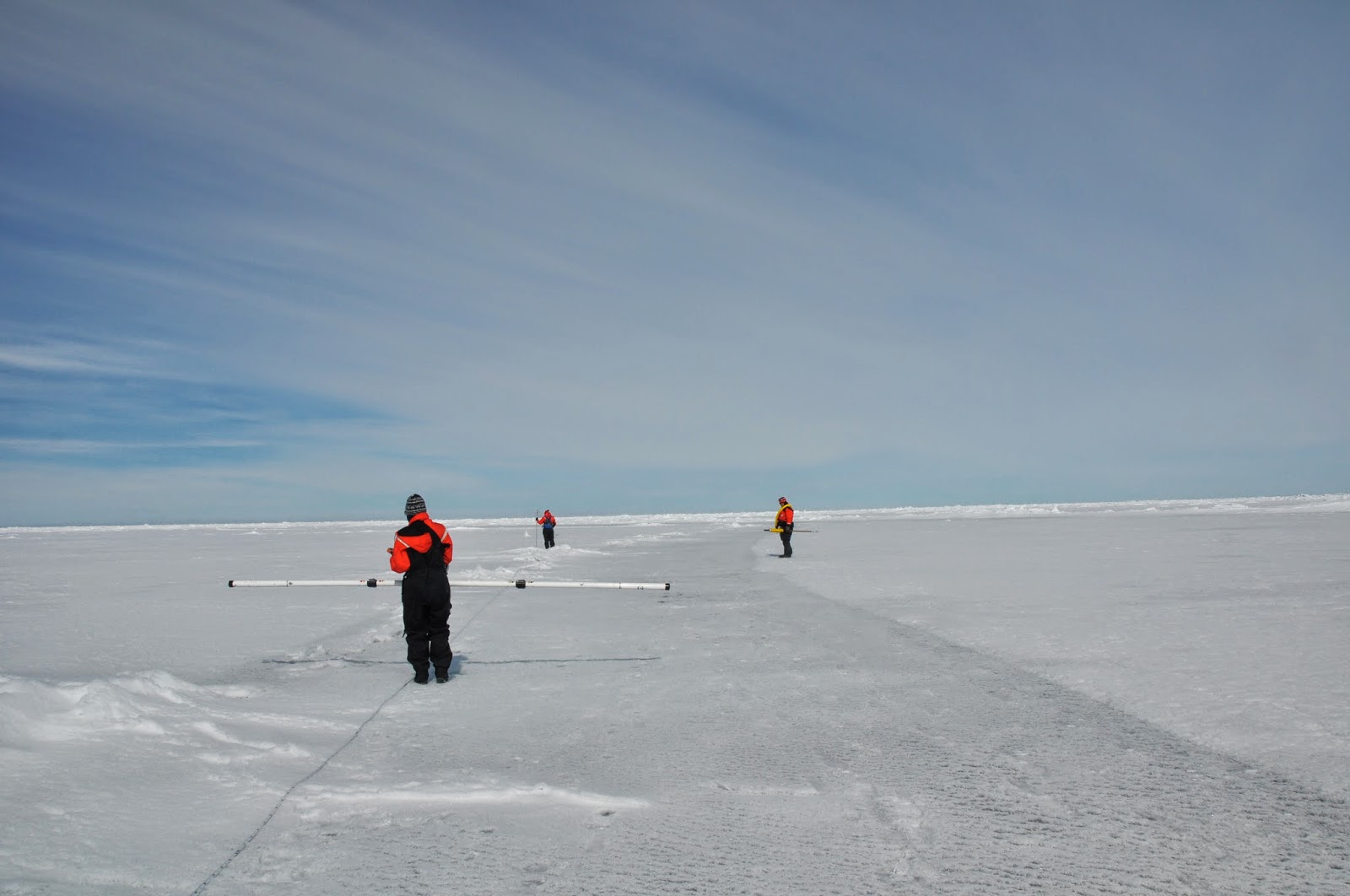 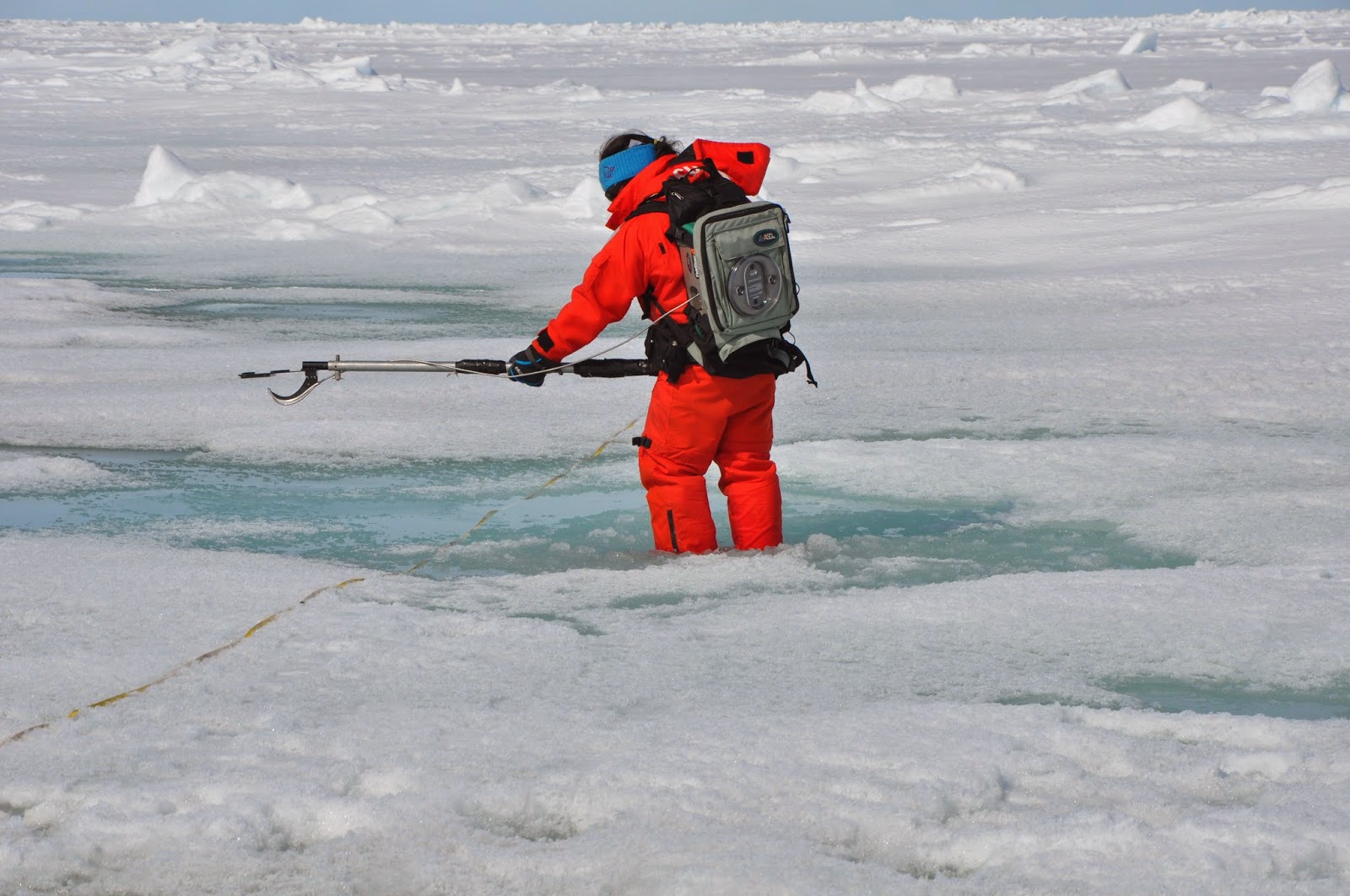 Posted by Chelsea Clarke at 7:18 PM