We just passed the halfway point of the cruise and all of the sudden things seem to be speeding up. We turned back south, out of the solid ice where the ship could barely even move, and immediately the air temperature went from low teens to hovering right around freezing most of the time. Once we got out of the really thick ice we parked at an ice floe that the scientists liked the looks of, set up camp, and are now in the middle of a four day ice station. We’ve also entered the canned fruit and frozen vegetables portion of the trip.

Up until this point we’ve been moving steadily, making horizontal transects across the Chukchi Sea taking measurements and samples at many different locations and doing a four hour ice station every other day, but now the idea is to get four days worth of around the clock data on one spot. We were hoping to be here right as the melt ponds formed so we could know exactly how the ice and snow change, what happens to the amount of light being absorbed by or passed through the ice, and how quickly plankton appear, but it looks like we would have to stay a little longer for that to happen. You can already tell where the melt ponds will be from the darker spots on the ice, but no actual ponds yet. The snow has changed a lot though. Up until this station it was always dry, cold, wind packed snow and now it’s grainy, icy, frozen and thawed and frozen again slushy snow. Different teams are going out around the clock taking ice cores, water samples, and optical measurements, lowering instruments through holes, and doing permeability experiments. It’s getting to be quite an encampment out there. I keep imagining polar bears coming and sniffing around after we leave and wondering what could possibly have happened here with all these perfectly round holes, tracks, and strange smells.
I just came back from helping the Quebecois team with some optical measurements under the ice. My main jobs were to scoop slush out of the holes (using the official scientific strainer of course, which is made by bending the handle of a kitchen strainer to make it more scientific) and to keep tension on long cables as the instruments were raised and lowered in the water. It’s really interesting watching the dynamics between all the different science groups involved. There are the three main teams that wrote the grant for this project: the biologists from Stanford studying all different aspects of the phytoplankton themselves, the physical oceanographers from WHOI studying the currents and nutrients that allow the plankton blooms to happen, and the ice physicists from New Hampshire studying the ice optics and how much light is getting through to the water below. Then there is the Takuvik team from Quebec who seem to be doing a little of everything and a few other scientists doing related work who were added on for various reasons. The goal is to get a really broad picture of what is happening from as many different perspectives as possible and there are so many different things going on. The biologists are using long nets off the stern of the ship to capture different types of plankton, cameras to record where in the water column the plankton are hanging out, another type of camera called a Flocytobot to categorize the plankton they find, melting ice cores to study the ice algae, incubating water samples to measure plankton grazing rates, and so many other things. The physical oceanographers are doing CTD casts to measure the salinity, temperature, depth, oxygen, and nutrient profiles of the water to track currents. The ice team is taking optical measurements above and below the ice with all kinds of crazy Ghostbuster backpack looking equipment. Other people are scooping mud and sediment from the sea floor and straining it for benthic organisms, setting off weather balloons, testing for trace metals in the water, and who even knows what else. And they all have to coordinate time and equipment to make everybody happy. It has to be frustrating when one person wants to stay somewhere and sample more and someone else really wants to get to the next station as fast as possible, but so far everybody still seems to be getting along really well. It’s a pretty impressive feat of constantly evolving organization, laid out each day on the appropriately named Board of Lies because it rarely stays true for very long at a stretch. 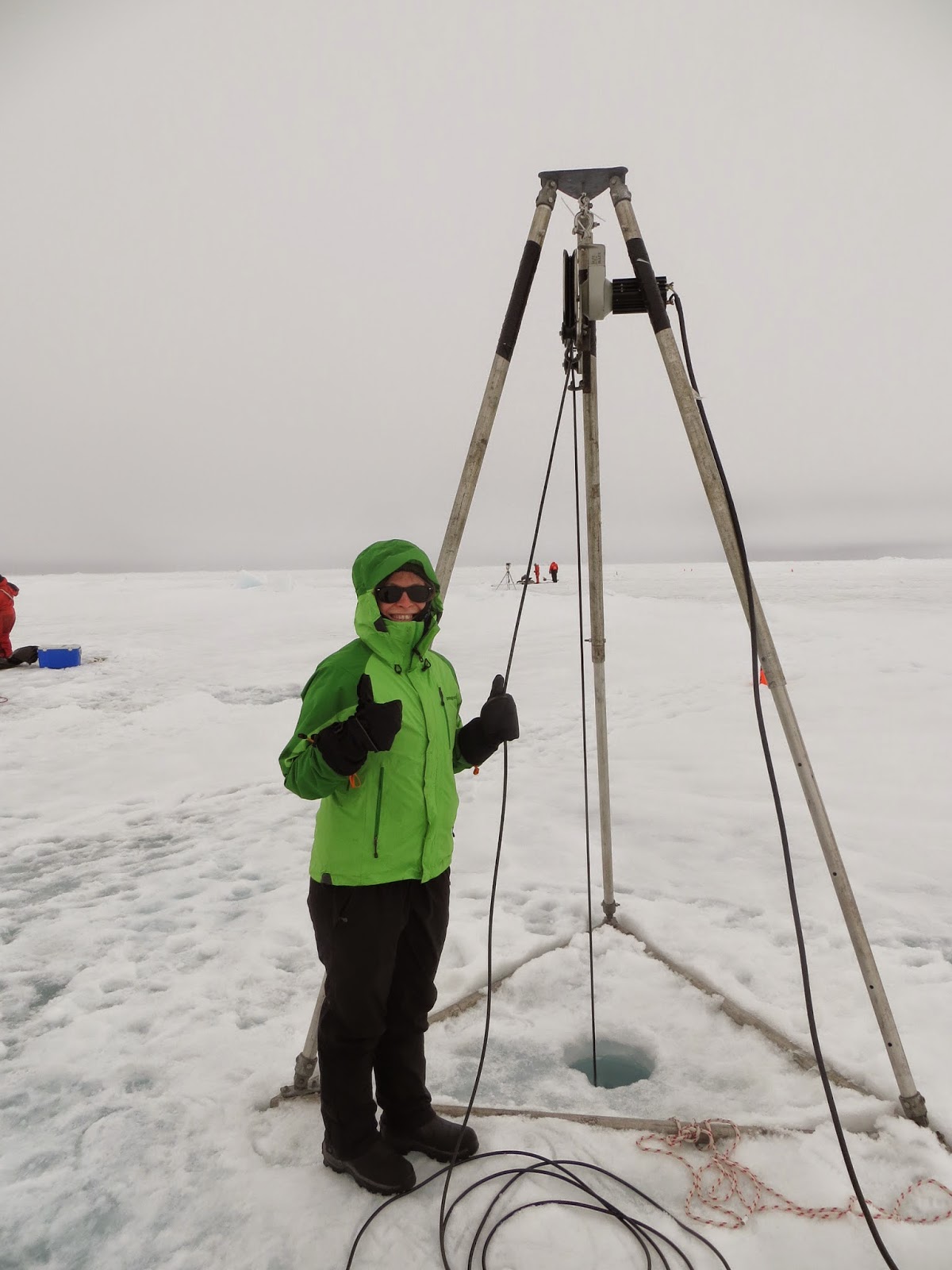 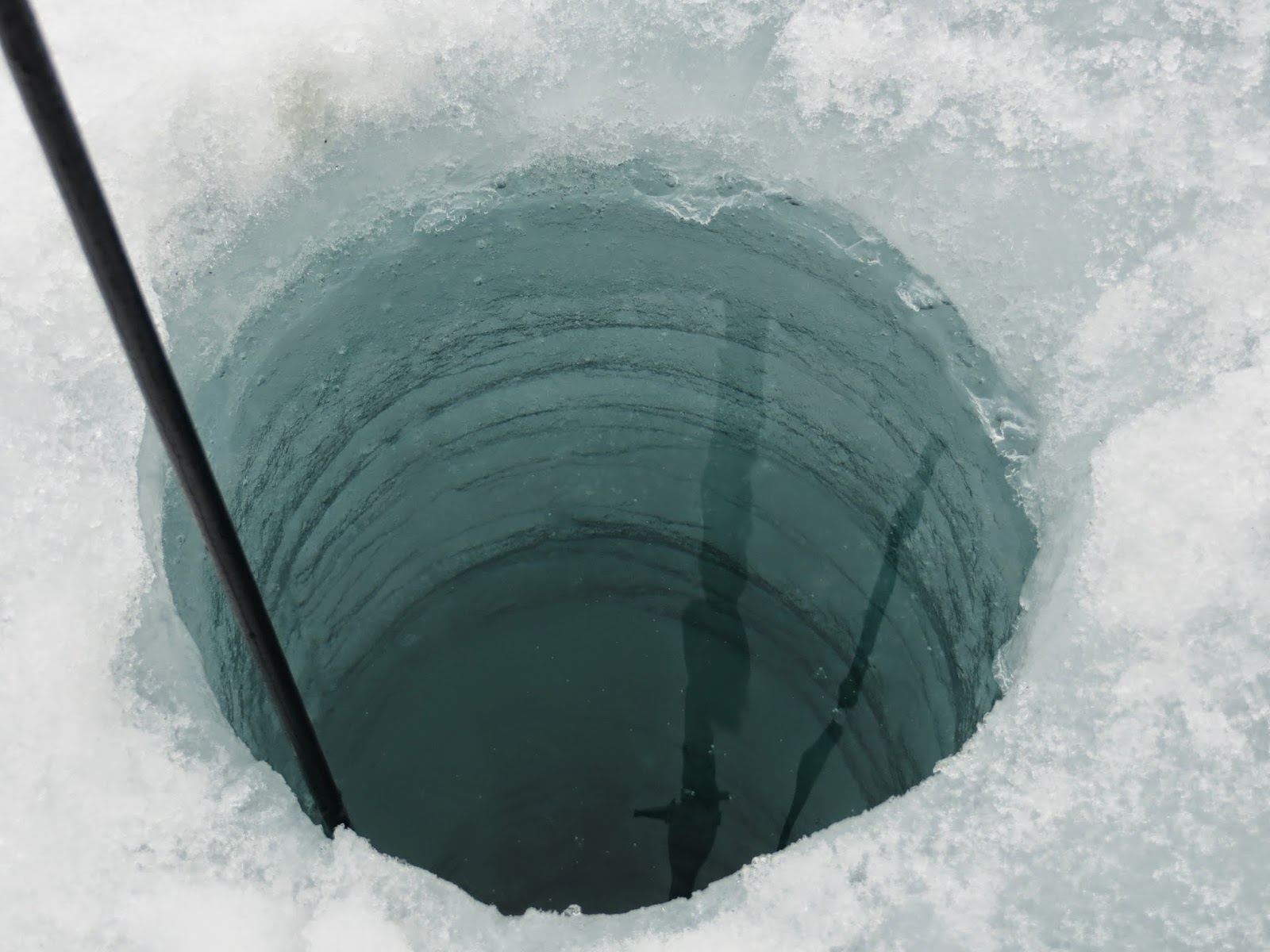 Posted by Chelsea Clarke at 8:48 AM