It is so incredibly luxurious to be here. Today I spent 5 hours drawing from life, which is a luxury in itself no matter where I am, and an hour and a half just standing by the rail watching the ice moving and cracking and drifting in this crazy ice world. I also saw two polar bears, one from only a quarter mile away, which sounds far but is actually really close out here where you can see forever. What else could I possibly ask for?

I think I finally hit my stride art wise, drawing a lot every day (except when we're breaking thick ice and the boat shakes too much) and getting a clearer idea of what I’m doing. I had some pretty clear ideas coming into this, and I still intend to follow through with them, but the work I’m doing on the boat is turning into a portfolio of drawings. It feels so good to just draw from observation again, studying all the life around me. I’m gathering info and ideas too, learning about plankton and ice and making studies for future finished work, but I don’t have quite the fabrics I want to do much fiber work here, and really all I want to do is draw wildlife anyway. I’m getting a clearer idea of how the fiber plankton will work though. I had initially thought I would just make a lot of them in embroidery hoops similar to the lichens and overwhelm a wall with them to represent the sudden explosion of life in a spring plankton bloom. Now that I’m learning more about them I’m starting to refine the idea and imagine a wall where the round plankton pieces will be arranged by depth, abundance, and seasonality. Almost a wall size graph with depth and time as the axes and the different species of plankton occupying their respective depths and growing or shrinking in numbers as the spring gets going. There are so many considerations though. Will I make any attempt at relative scale? In some ways it seems like if I’m going to bother to put them at the appropriate depth in the right relative quantity at the right time I should at least try to make them in scale with each other too, but the size range is huge and to make the smallest ones big enough to get any detail the biggest ones would have to be enormous. Which could be important, but also tricky. And what about numbers of plankton per piece? Can multiple planktons (if that is even really a word?) of the same species occupy the same hoop. What about chain forming diatoms. What about benthic creatures with a plankton larval stage? So much left to learn! But in the meantime I can draw snow buntings and polar bears as many times and ways as I want until I figure out how they will fit into the plan.

On a completely different note, tomorrow is June first, but we’re heading deeper and deeper into the land of winter. We’re truly in the arctic now, no open water, breaking ice all the time, and polar bears everywhere! Well, not everywhere, but their tracks are everywhere and we see them regularly. It’s sort of surreal. The icescape is getting more intense and surreal all the time too and the light is unbelievable. But it’s cold! We’re at just over 73 degrees latitude and today was the first day that I really just couldn’t even spend much time out on the deck until late in the day. Interestingly even though the sun never sets it’s significantly warmer in the afternoon, but even then the wind chill is the thing that really gets you. Luckily there’s this outdoor breezeway where they vent the steam from some mechanical thing somewhere (We got a tour of the engineering spaces but clearly I didn’t retain much. Sorry all the many engineers I know, I think it was pretty impressive if you knew what you were looking at…) and you can stand out there and have the view from outdoors but still be warm. Warm being relative of course. I was still seriously bundled up, but comfortable enough to stand still for over an hour. See, totally luxurious!

Credit for all but one of the polar bear photos goes to Master Chief Sullivan who is awesome enough to share his best photos on the public drive. But I actually saw all of these bears! 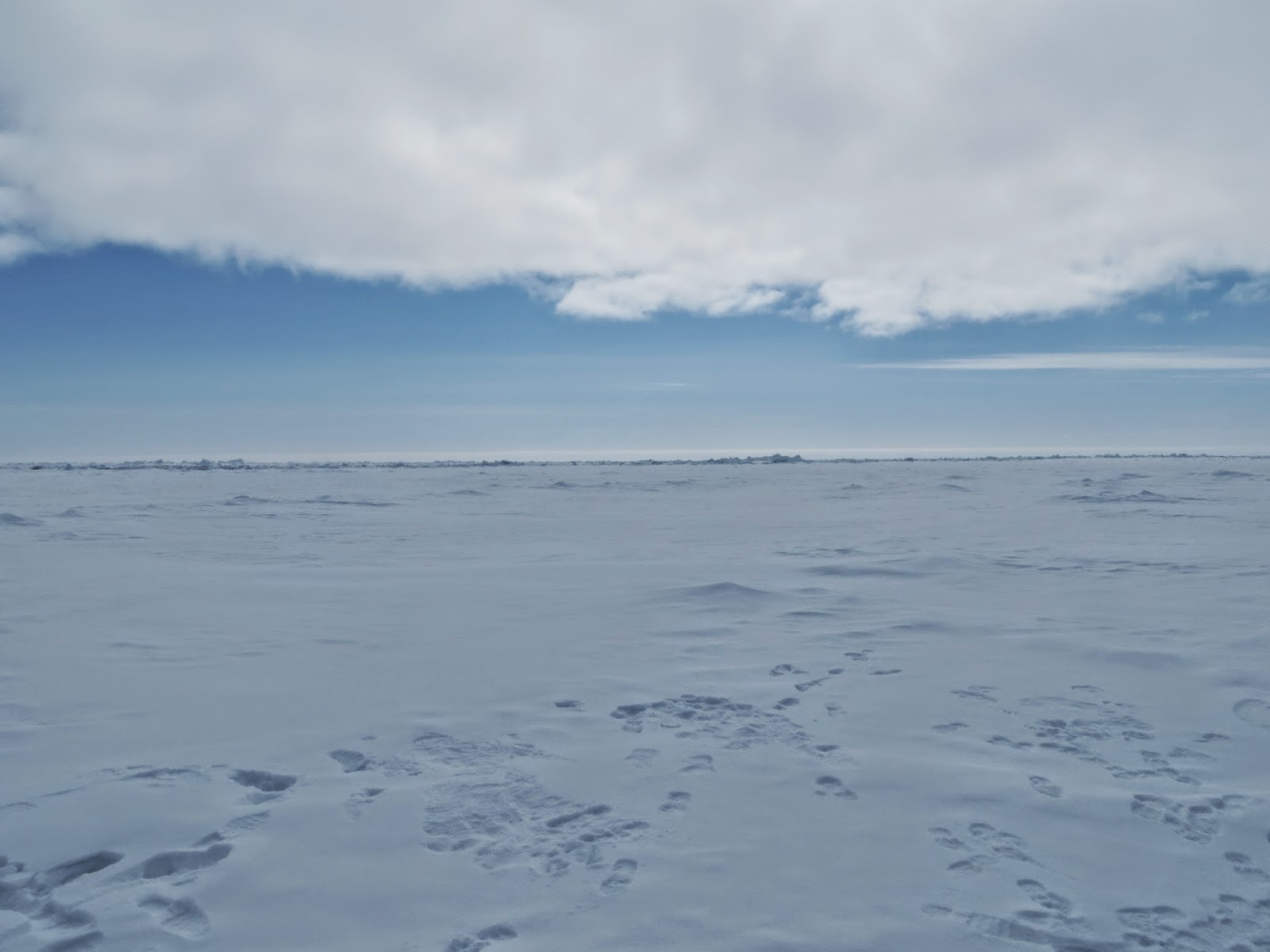 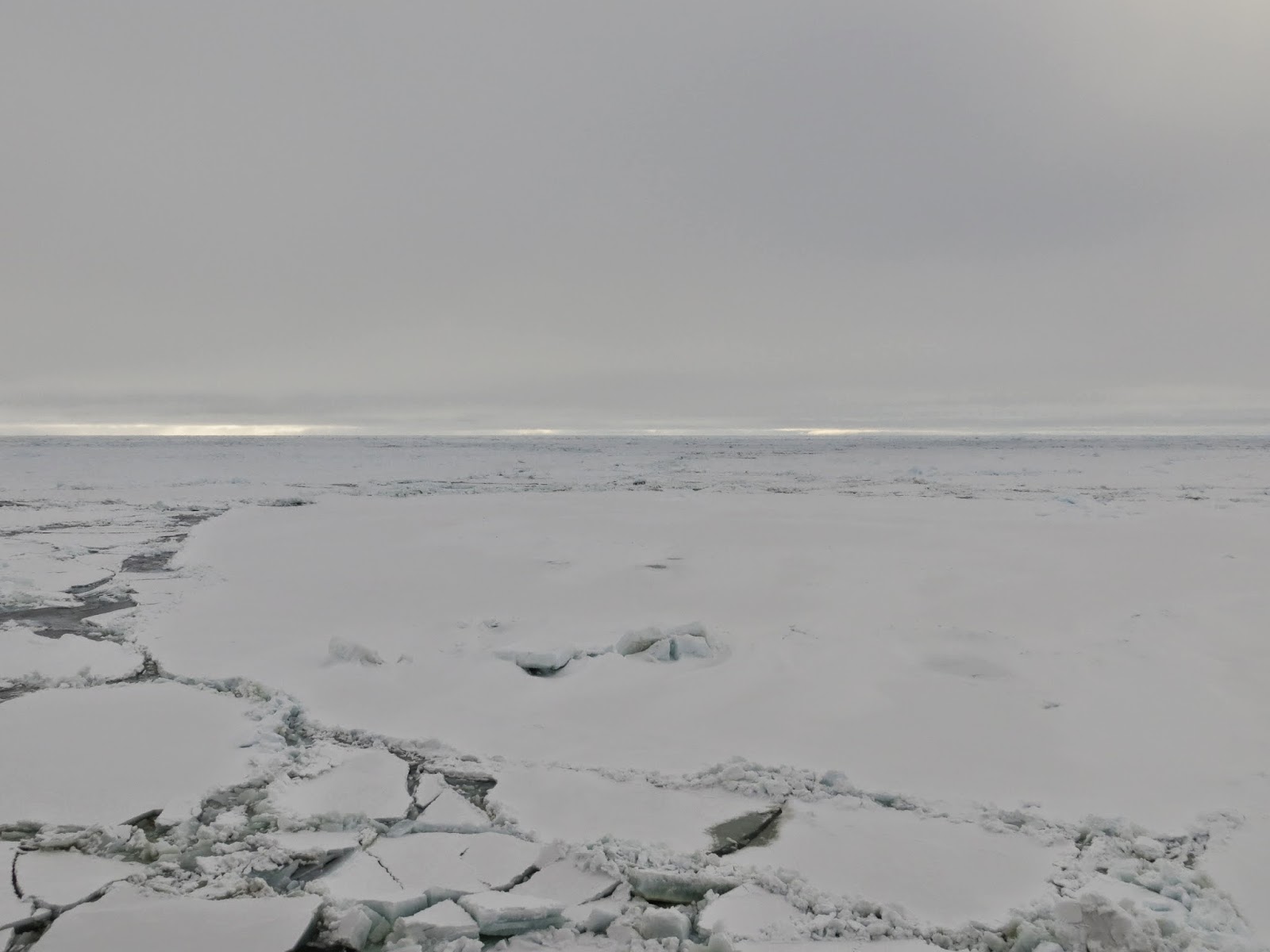 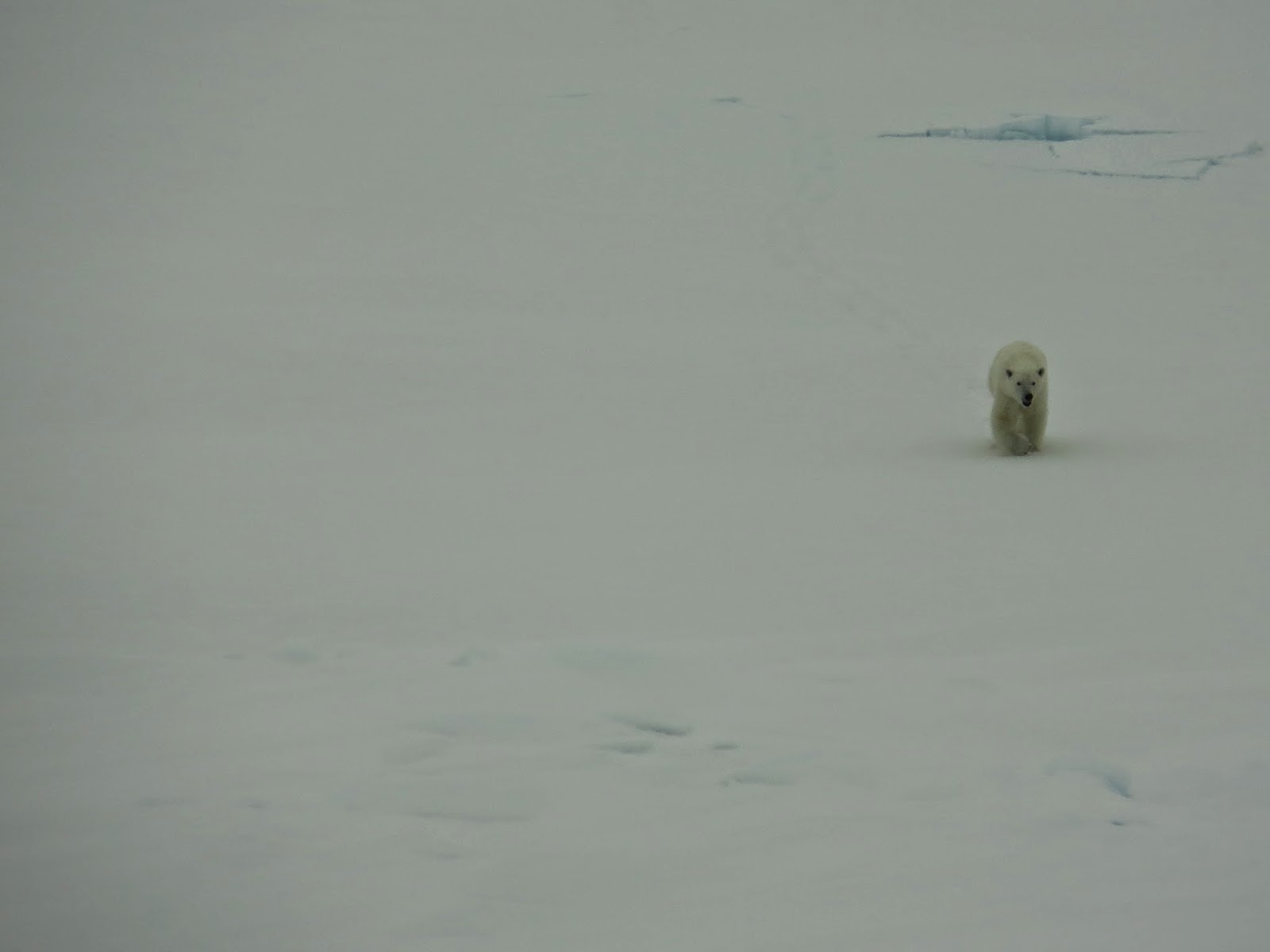 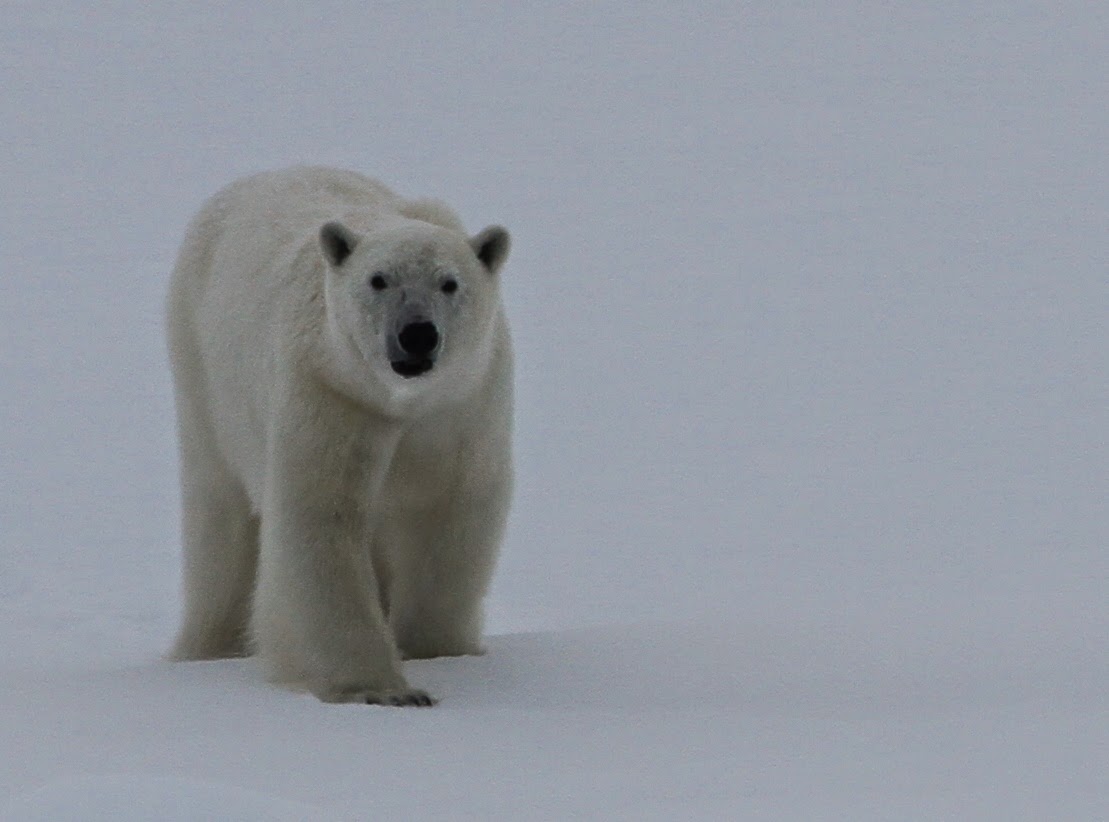 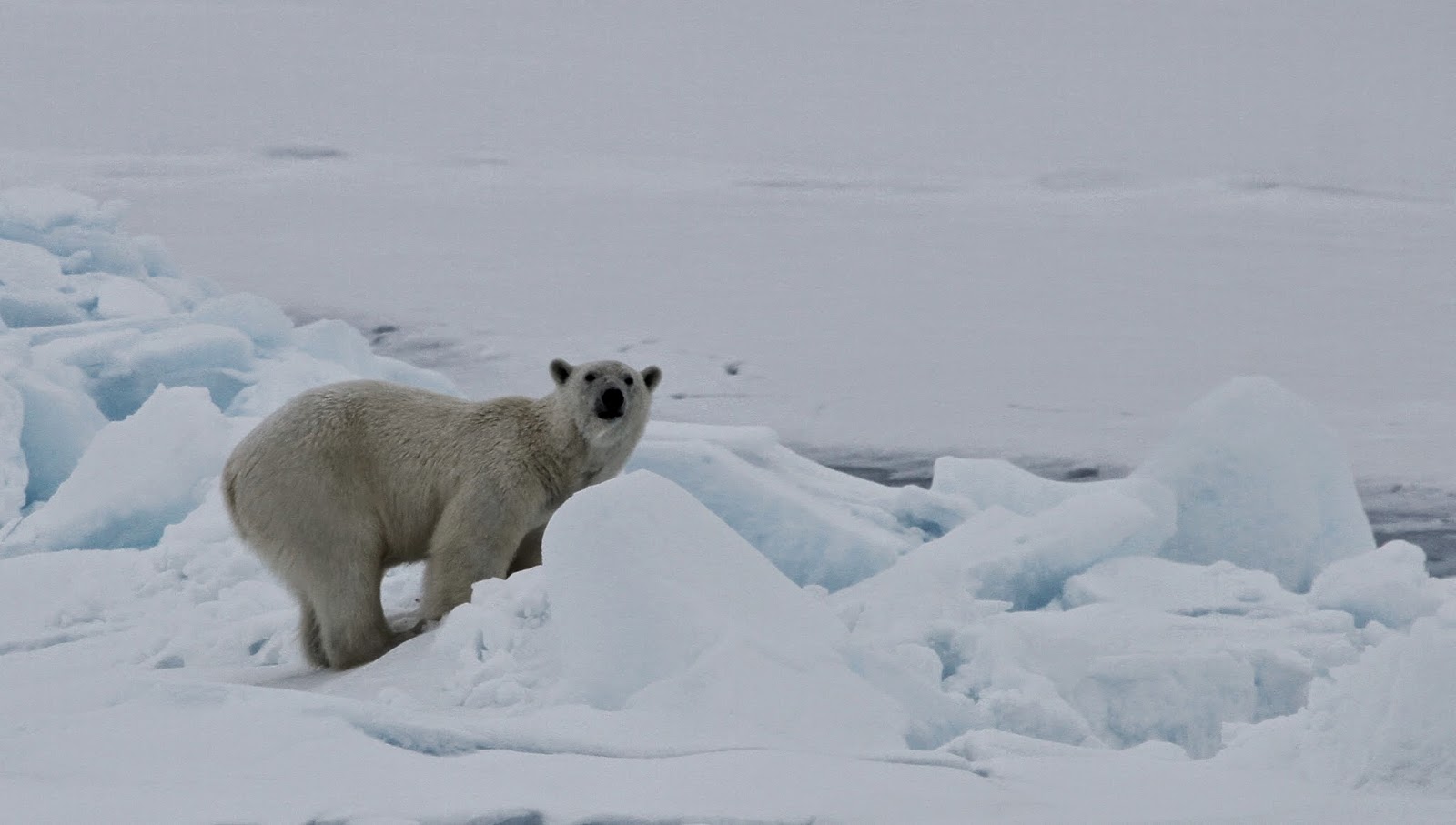 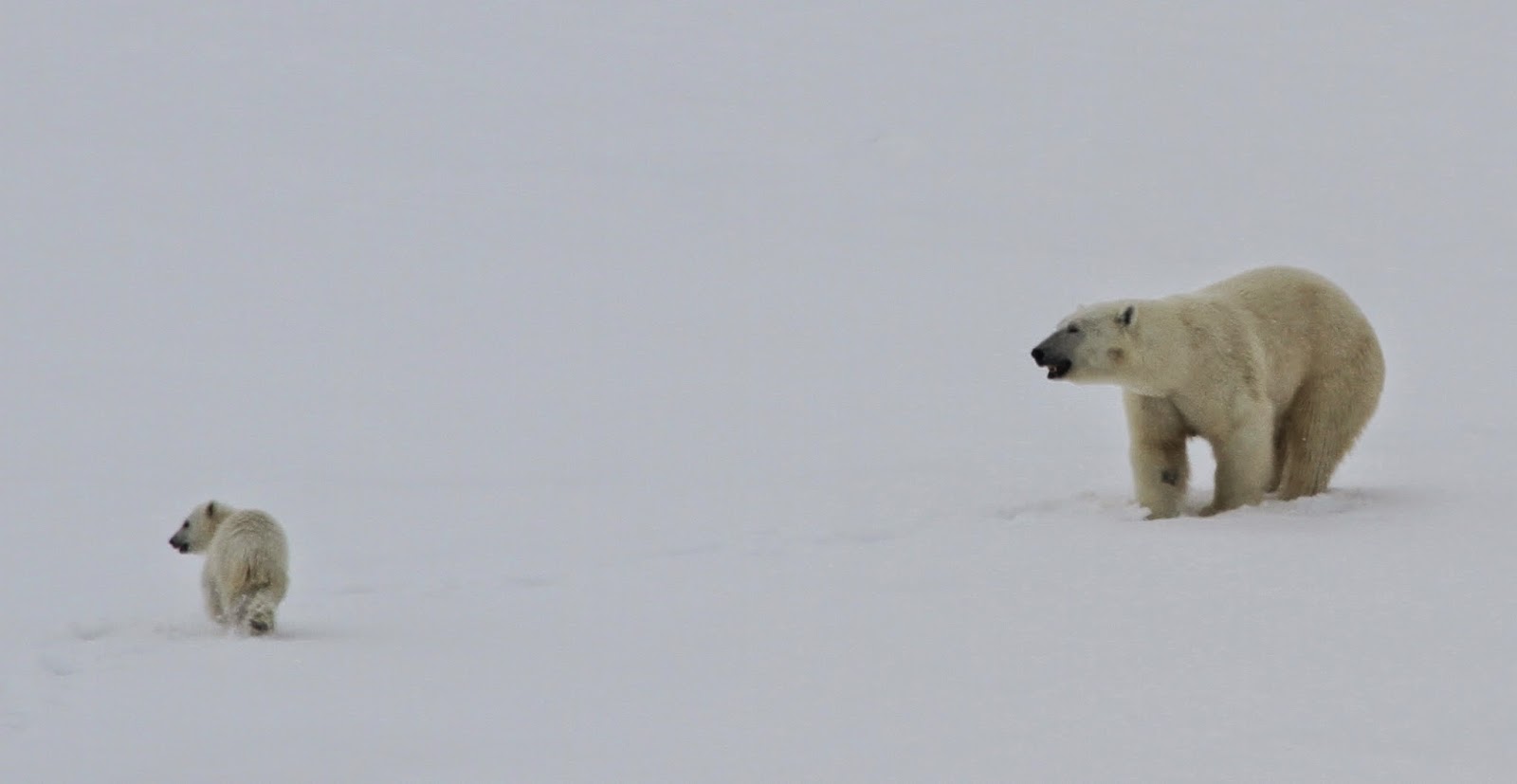 Posted by Chelsea Clarke at 8:49 AM