A lot has happened in the past couple of days! I slept late this morning (there are shift changes during the night that seem to involve a lot of slamming of 80 pound water proof doors right next to my bed, so sometimes it’s hard to sleep at night and last night was especially bad) and was woken up around 9 by an announcement of a polar bear off the starboard side. I jumped out of my top bunk, put on all my warm gear over my pajamas, and ran up to the bridge in time to see it. It wasn’t super close but it was clearly visible as a far away yellowish bear moving through the icescape. It was really well camouflaged, just slightly yellower than the blue-white ice and the white-white snow. It was just walking purposefully along the ice, climbing over ridges and going around huge blocks of ice. What an amazing thing to wake up to, a polar bear roaming the arctic ice! Where we are now the ice is in huge sheets with snow on top, and there are a lot of chunky ice ridges and big blocks of ice lying around looking kind of like rocks. I think that is from ice sheets colliding, kind of like plate tectonics making mountain ranges, but I need to double check on that. Luckily there is an ice expert on board!

Already I’ve been learning a little about the many different types of sea ice. There is a 24 hour ice watch on the bridge where people take shifts recording all the different ice types they see, the percentage of ice coverage, ice height above sea level, etc. Today was our first ice station where the boat stopped in the ice and the ice team got out and took measurements on the ice. They were out there for a few hours drilling holes, dropping instruments, taking cores, and making optical measurements with something that looks like a ghost buster backpack. I need to learn more about what exactly they’re measuring, but I think a lot of it comes down to the optical properties of the ice and how much light it is letting through to the water below. In between ice stations there are other sampling stations where scientists put all sorts of nets and instruments over the side to take samples and measurements. More on that later when I get a better grip on it myself.

It’s a little hard to figure out how to best use my time here. My natural temptation is to spend all of my time glued to the windows in the bridge or out on the deck just taking in the ever changing views and looking for wildlife. Which sort of makes sense since I may never have another opportunity to spend time on an icebreaker in the arctic. On the other hand I also have this incredible access to lots of scientists and grad students and I want to just follow them around and learn everything I can, look through their microscopes, loom over their experiments, and ask hundreds of questions. But there could be walruses out there at any moment! And besides, I’m trying really hard not to be in the way. Plus I have this work space and all this time with no other responsibilities or job. I don’t even have to make my own lunch! So maybe I should be working as much as I can, producing as much work as possible before I have to go back to the real world. But why come to the Arctic to spend my time in a windowless lab? The point is to actually experience it and learn from the people who know the most about it and make work about THAT. So it’s a little hard to find a balance between the science, the scenery, and actually making work. I am also trying to be patient while waiting for plankton imagery. It’s still early, and there will be more plankton and more images and hopefully people will start to have more time to share them and talk to me as we all fall into a routine. I need to remember that nobody is used to having an artist hovering around anxious for images and specific info that they may not even have. This is new for everyone.

And speaking of balance, I’m working on my physical balance too. I’ve been practicing yoga and being on a boat definitely increases the challenge, but it’s really satisfying to do standing balance poses while gazing out the porthole of a moving icebreaker! 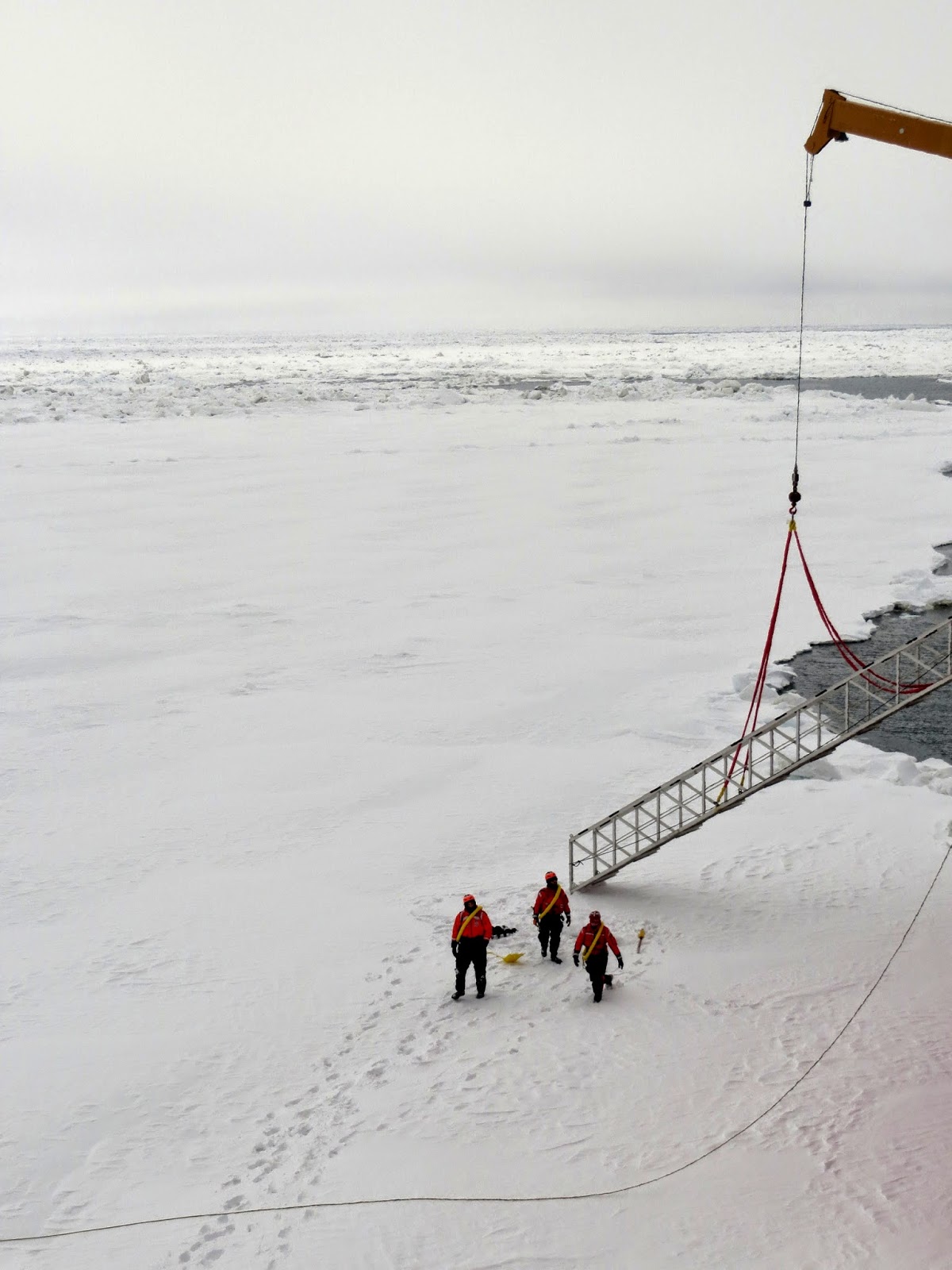 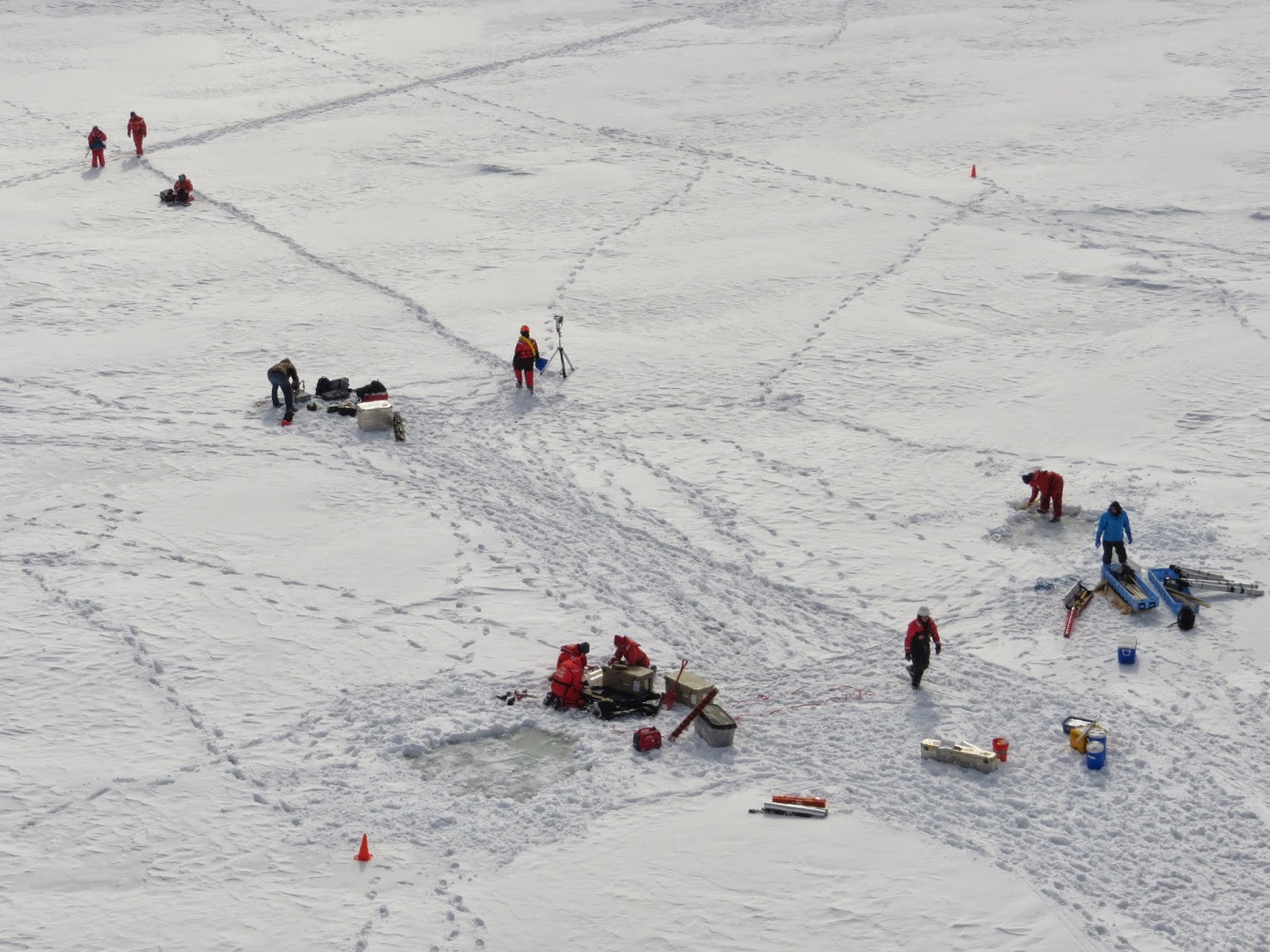 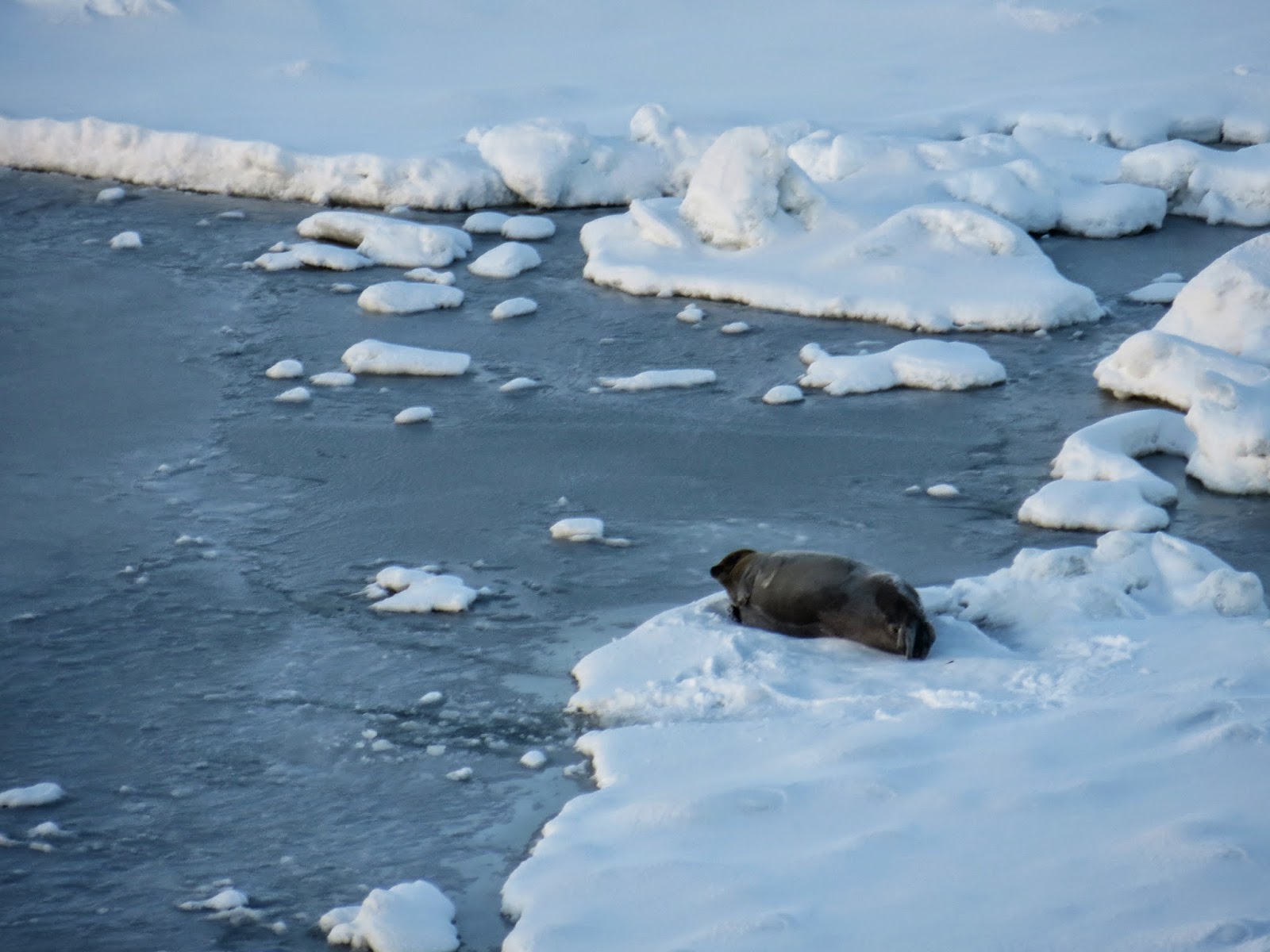